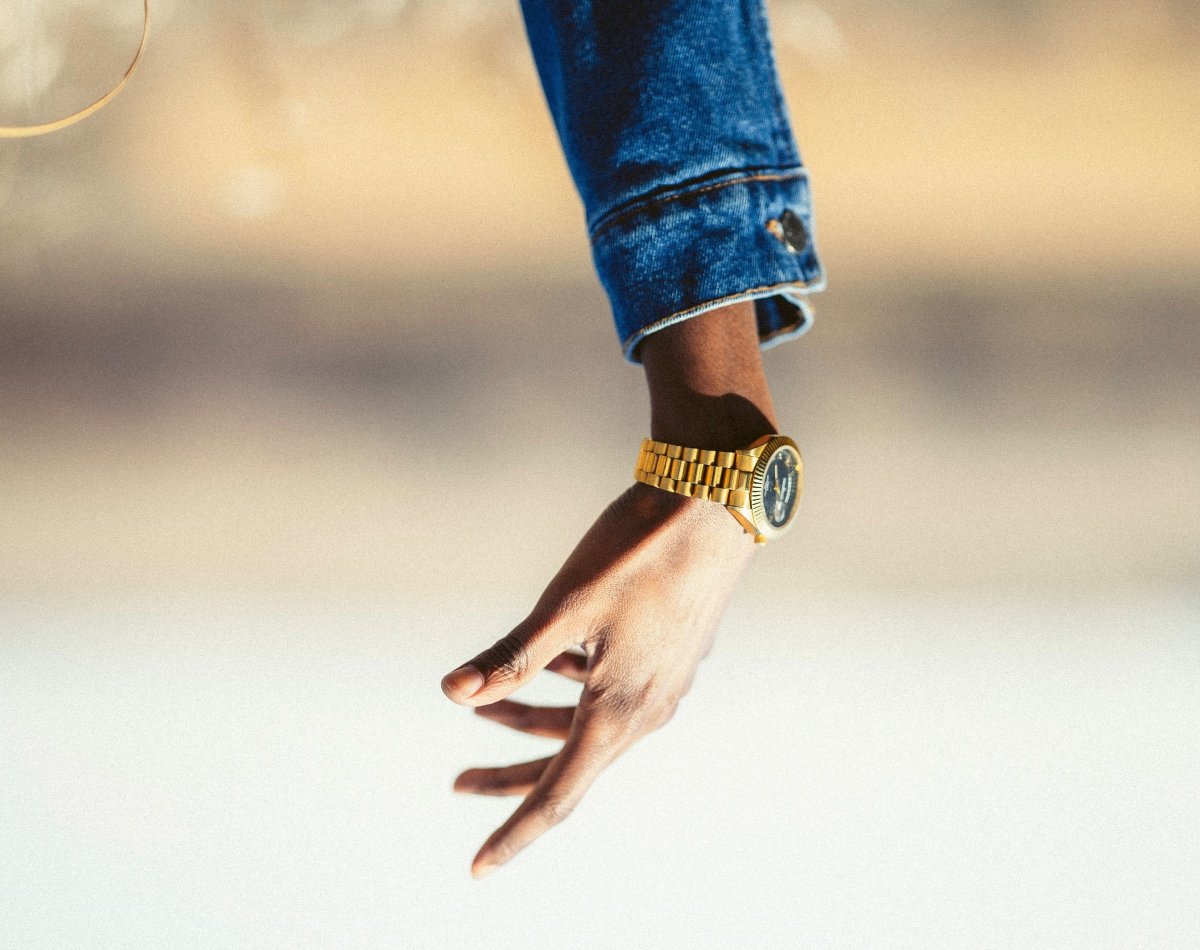 People use psychedelics to alter their consciousness—but what does it mean to be in an “altered state of consciousness” and why is it so appealing? In the final part of this three-part series on responsible psychedelic use (see part one and part two), we break down the meaning of “altered states” and present some non-psychedelic alternatives to access these experiences as well.
What Exactly is an “Altered State of Consciousness”?
An altered state of consciousness is any mental state in which one’s ordinary level of wakefulness, attention, or awareness is temporarily shifted in some way. The term “altered state of consciousness”, or ASC for short, was coined by transpersonal psychologist Charles Tart in 1972. Tart defined ASCs as “a temporary change in the overall pattern of subjective experience”.
The line between ordinary and non-ordinary states is different for each individual, depending on their personal level of sensitivity. While it is common to associate altered states with the consumption of hallucinogens, there is in fact a broad spectrum of experiences that qualify as non-ordinary states of consciousness.
According to Dr. Dieter Vaitl from the Bender Institute of Neuroimaging in Germany, altered states of consciousness can be divided into the following categories:
Pharmacological states, induced by the consumption of psychoactive drugs
Psychological states, such as hypnosis and meditation
Physical and physiological, such as dreaming during REM (rapid eye movement) sleep, fasting, and sex
Pathological, such as episodes of psychosis or epilepsy
Spontaneous, such as dissociation caused by day-dreaming, near-death experiences, and out-of-body experiences
Other experiences that are not explicitly named within this framework, but which are commonly known to induce ASCs, include sensory deprivation conditions, trance states, spiritual possession, mystical or religious experiences, ecstatic dance, and breathwork.

Characteristics of Altered States of Consciousness
Habitual thought patterns are temporarily interrupted by altered states of consciousness, causing people to experience themselves and their surroundings in a different way. Perception, imagery, inner speech, memory, mental functioning, higher-level thought processes, time experience, sense of self, meaning or significance of experience, and emotion are other dimensions of consciousness that may undergo short-term shifts during non-ordinary states.
The first-person perspective of those experiencing non-ordinary states of consciousness may demonstrate enhanced or diminished awareness, depending on the specific type of ASC. For instance, an individual might be unable to identify who or where they are while in a dream state. Conversely, this same individual may feel particularly connected to themselves and sensitive to their surroundings while under the influence of a psychedelic drug.
Altered states of consciousness offer a temporary departure from one’s typical ways of being, thinking, and doing. In this non-ordinary space, we have the opportunity to experience life through a different lens, and to disrupt unhelpful mental and emotional patterns. The brain awakens to a fuller awareness of what is possible, rather than adhering solely to what is familiar. In this sense, ASCs hold tremendous potential for healing, creativity, and self-transformation.
Examples of Altered States of Consciousness
Breathwork
Breathing is typically an unconscious process, requiring little thought or active effort on our part. Breathwork is what happens when we bring our full, conscious awareness to this typically unconscious process. Through intentional, structured breathing practices, we can activate the mind-body connection, access non-ordinary states of consciousness, and release stuck emotions and stagnant energy.
Holotropic breathwork, one of the most widely-known breathing practices, was developed by transpersonal psychologist Stanislav Grof. This practice involves rapid breaths—or controlled, voluntary hyperventilation—designed to shift the ratio of carbon dioxide and oxygen in the body. Stemming from the Greek words “holos” (whole) and “trepein” (to move toward), holotropic breathwork is believed to orient us toward the wholeness of existence and the true nature of reality.
Because breathwork has the potential to evoke intense feelings and sensations—akin, in some cases, to the effects of a peak psychedelic experience—sessions should be guided by a trained facilitator to ensure a safe emotional container. Research highlights the potential of breathwork as a healing modality. In a 1996 study, individuals who received a combination of psychotherapy and six monthly sessions of holotropic breathwork exhibited a significant reduction in death anxiety and an increase in self-esteem, when compared participants in the control group, who received only psychotherapy sessions.
Breathwork can also serve as a tool for spiritual exploration. In a study of psychiatric in-patients who participated in holotropic breathwork sessions, 82% of the 482 self-reports described having transpersonal, spiritually transcendent, or mystical experiences. Sixteen percent reported having prior life or pre-birth experiences through this breathing modality. No adverse outcomes were reported in over 11,000 patients across 12 years, showing that the holotropic breathwork experience, while intense, poses minimal risk to participants when guided by trained facilitators.
Meditation
There are many reasons why one might practice meditation—such as to reduce stress, to enhance well-being, to facilitate personal and spiritual growth, and to explore consciousness. Meditation encompasses a broad range of techniques, whose purpose is to shift the individual’s level and scope of awareness. It is an opportunity to bring subconscious material into one’s conscious state.
While the common theme across most meditative practices is to tune into the present moment, different contemplative frameworks will resonate with different people. Some may feel called to transcendental meditation, in which the individual focuses on a mantra as their psychological anchor. Others may benefit from mindfulness-based meditation, which emphasizes the witnessing of one’s present-moment experience through a compassionate and nonjudgmental lens.
Meditation correlates with shifts in consciousness across time. Research has found that people who undergo meditation training demonstrate more resilience to stress, increased relaxation, and improved problem-solving skills. Regular meditators exhibit less brain activity in the default mode network, the region responsible for rumination and mind-wandering—a result also prevalent among microdosers.

Trance
In the altered state known as trance, one becomes absorbed by internal cognition and less aware of external stimuli. Someone in trance is neither fully awake nor fully asleep. This state of semi-consciousness stems from the Latin term trānseō (“to cross over”), suggesting that there is some degree of transcendence to be experienced within a trance state.
Traditionally, trances have been used by shamans to facilitate healing within spiritually-oriented and indigenous cultures. Shamans enter into trance states through singing, chanting, drumming, dancing, or a combination of all these activities—typically in ceremonial contexts—and are able to access profound insights while under trance. Trance allows the practitioner to transcend the conscious mind and to explore subconscious realms of knowing.
The auditory context plays a key role in inducing this altered state of consciousness, according to neuroscience research. FMRI scans show that the trance state correlates with decreased connectivity in the auditory cortex of the brain. Repetitive drumming, singing, and chanting serve as a predictable external stimulus, which requires such little cognitive processing that the individual can turn most of their attention inward, leading to the extended state known as trance.
While the original trance state was typically embodied by shamans in ceremonial contexts, there is another way to experience a version of trance in modern society: through music. Given the link between soundscapes and trance states, it stands to reason that trance music––a genre of electronic dance music with repetitive, rhythmic tunes––can induce the altered state after which it is named. In fact, any music with repetitive, rhythmic elements creates the consciousness-altering conditions that are conducive for inner journeying.
Hypnosis
Hypnosis is a non-ordinary state of consciousness marked by an increase in focus, concentration, and suggestibility. Awareness of external stimuli fades, and the boundary between what is real and what is imagined becomes temporarily blurred.
The hypnotic reality is co-created between the hypnotist and the subject. One person induces hypnosis in another by verbally guiding them into a state of relaxed yet focused awareness. The hypnotist then offers suggestions to evoke imaginary experiences within the subject’s mind and body. For instance, the hypnotist may suggest that the subject is experiencing a heavy weight in their right arm; when the subject attempts to lift their arm, they may truly feel as though there is additional weight in their limb.
Brain activity responds to imagined experiences in a similar manner as it responds to actual experiences within physical reality. Case in point: Hypnotically induced and physically induced pain lead to activation in similar parts of the brain. Along those same lines, an individual who is guided to experience peace and calmness while under hypnosis is training their brain to recognize and reproduce these positive sensations in the future.
Experiences that take place while under hypnosis provide a neural blueprint from which the conscious, non-hypnotized mind can evolve and grow. Hypnosis harnesses the power of the imagination to show us what is possible when we step out of our conditioned ways of being. When used in a therapeutic context, hypnosis has proven effective in treating anxiety, phobias, chronic pain, smoking addiction, and PTSD.
Altered States of Consciousness in Non-Western Countries
Within mainstream Western society, the topic of altered states is frequently met by skepticism or stigma. In some other parts of the world, however, non-ordinary states of consciousness are accepted and celebrated as a normal part of life. In particular, shamanic culture—which exists across the globe—tends to embrace the fluctuations in consciousness that are so pathologized in Western culture.
What we see as a “psychotic break” through the lens of psychiatry might instead be viewed as a spiritual awakening from a shamanic point of view. Hallucinations and dissociation are labeled as symptoms of schizophrenia in modern society—yet in a cultural context that treats altered states of consciousness with respectful curiosity, these symptoms might be viewed in a completely different, even positive, light. When we approach non-ordinary experiences with ritual and reverence, as is the case in indigenous cultures from South Africa to South America to nearly every place in between, altered states become a source of insight rather than a cause of fear.

How to Approach Altered States of Consciousness in Your Own Life & Where Psychedelics May Come In
There are many different ways to explore the spectrum of human consciousness, and it’s important to find a modality that feels comfortable for you. For some, this may involve a steady meditation practice and occasional breathwork sessions, combined with integration tools such as journaling and psychotherapy. Others may choose to incorporate psychedelics into their self-exploration toolkit.
Psychoactive substances, such as LSD, psilocybin mushrooms, and DMT, are known to generate profound insights and shifts in consciousness, according to a growing body of placebo-controlled clinical research. This process often unfolds in an intense manner and at a more accelerated rate than non-psychedelic modalities. Due to the potentially overwhelming nature of a psychedelic journey, it is best to go slow. In particular, people with susceptibility to schizophrenia or psychosis are often advised not to consume psychedelics.
Rather than jumping right into a full-on psychedelic experience, it may be helpful to start by microdosing. Consuming sub-perceptual doses of the medicine is a less daunting way for many to enter the world of psychedelics and to practice navigating the various tiers of consciousness.
There is no right or wrong way to embark on the path of inner journeying. What matters is that each person is connected to support, resources, and accurate information regarding the modalities of their choice. Sporestore’s Microdosing Course is available for those seeking to explore the benefits of psychedelics in small doses.
***
Have you accessed an altered state of consciousness that was transformative to your life? Share your experience through the comments below.